We headed to the Info and Golden Guitar Centre, there were several vans parked there but they do not have destination RV parking which we thought was pretty poor. Tamworth does not seem to be RV friendly. There are a lot more shops and businesses in this area than when we use to live here.

We found a park opposite Red Rooster and Woolworths supermarket where we could leave the vehicles and go for a walk up Peel St which is the main street and along the park. The park is beaut with great swings and water play for the kids, lots of grassed areas, tables, etc.

Peel Street was so busy, traffic backed up and more shops than we remember and such big shops. We think it was busier due to being the first normal shopping day after the Easter break.

After lunch we headed off to Manilla. They have recently started a Freedom Camping Area down near the river and close to the bridge. It’s nice to have a flat level area that we didn’t need ramps or unhook.

There is a Ned Kelly sculpture that you can leave donations in. Some water taps, bins and it’s only a short walk into town which we did and bought a few things at the IGA. You can stay up to 72hrs. In total there were 5 campers there including us. This area is suitable for all RV’s, dog friendly, free, a great initiative of the Manilla Shire Council. 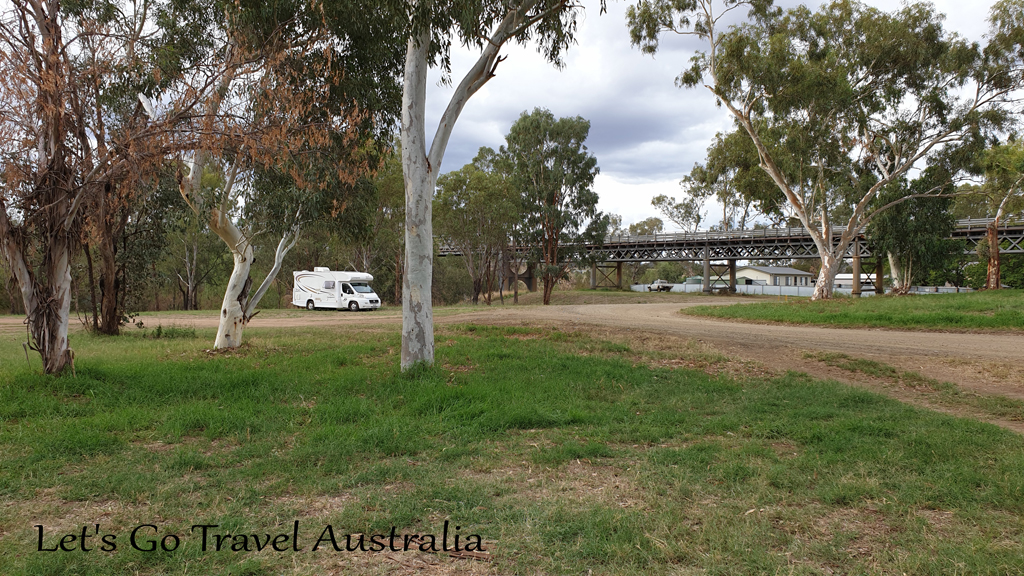 There are several tracks leading to the river which are very dusty from lots of use by the local folk. There is a road on the edge of the camping area also going to some local houses near the bridge. 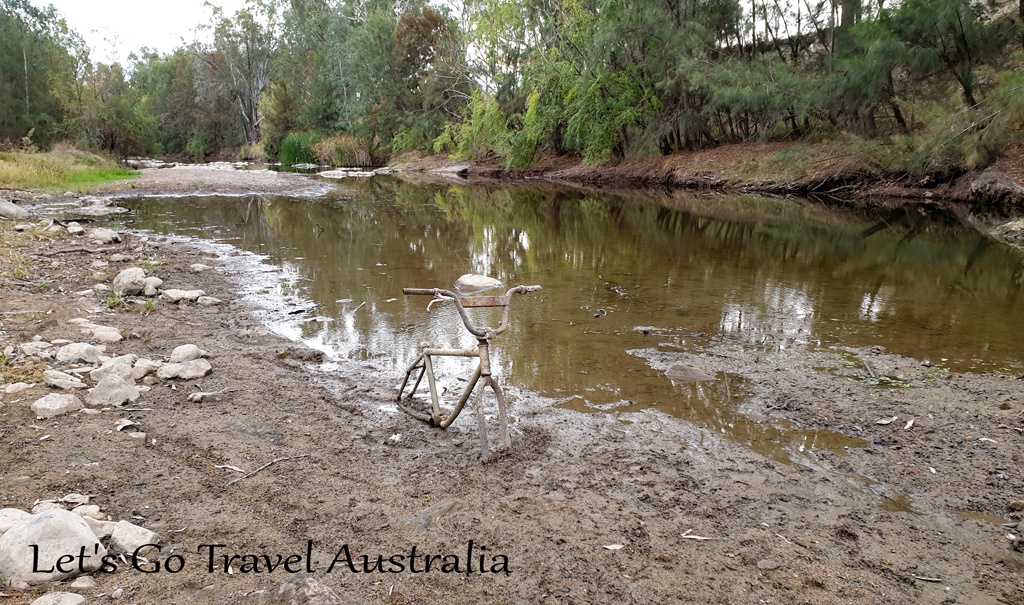 There is some road noise from the bridge but it’s a bit of entertainment watching the trucks and other vehicle go over it. It’s not real wide so people let wide vehicle go one at a time. And it quieten down at night.