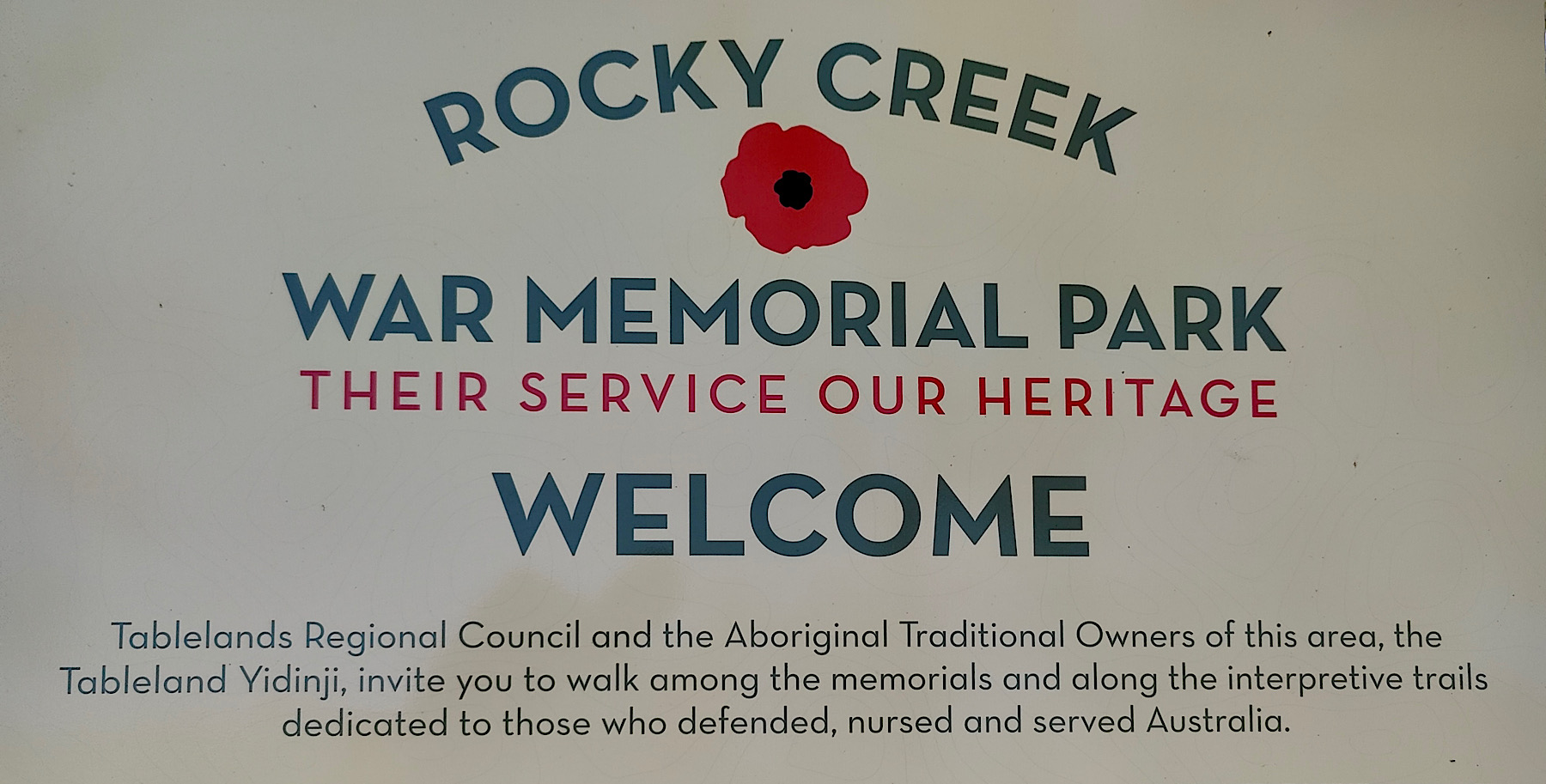 Rocky Creek War Memorial Camp Ground is right next to, you guess it a war memorial, It is between Tolga and Walkamin near Atheron, Qld. which was the location of the largest military hospital in the Southern Hemisphere during world war 2. It’s $5 per night to camp with the money going towards the maintenance of the war memorial.

There is a caretaker onsite who will take your details and give you a list of the rules. Payment goes into a box near the toilets. You can stay here for a max of 3 nights.

Toilets are closed during the night, you must be fully self contained, including collection of ALL your grey water. There are bins and a non potable water tap.

It is dog friendly with dogs on leads at all times. Which is a good idea as we saw several snakes when we were there.

There can be a bit of noise during the day with a quarry down the back, roadworks out the front but it is very quiet at night with very little traffic. 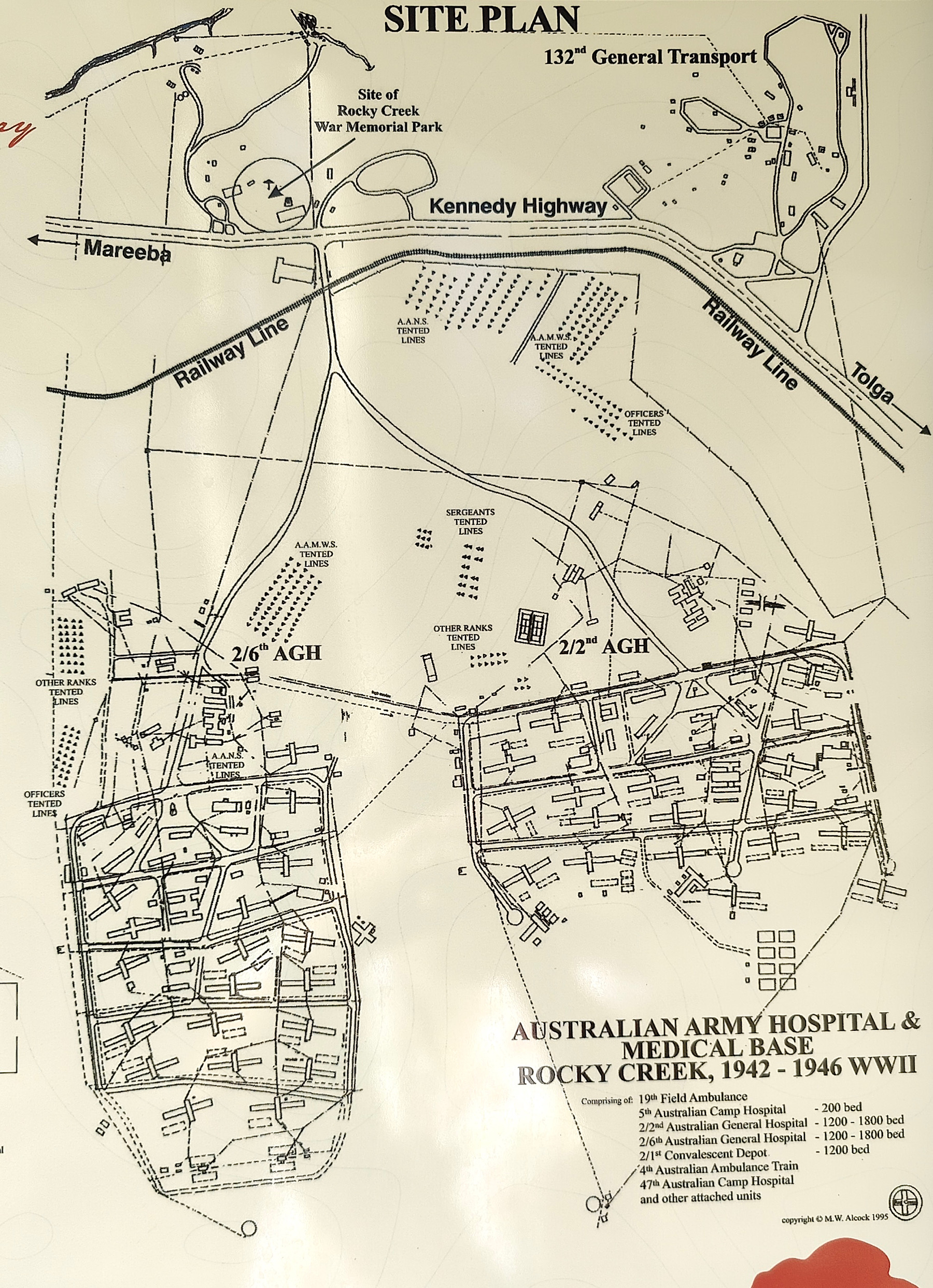 It’s great to walk around the war memorial and read all the information boards and plaques. We also discovered a natural spring down the back called, Barney Springs.

It’s only a short walk, following a dirt road running along the front of the quarry fence. You come across another fence, turn left until the end and find a path through some long grass to the springs. There are some ribbons and arrows pointing the way. 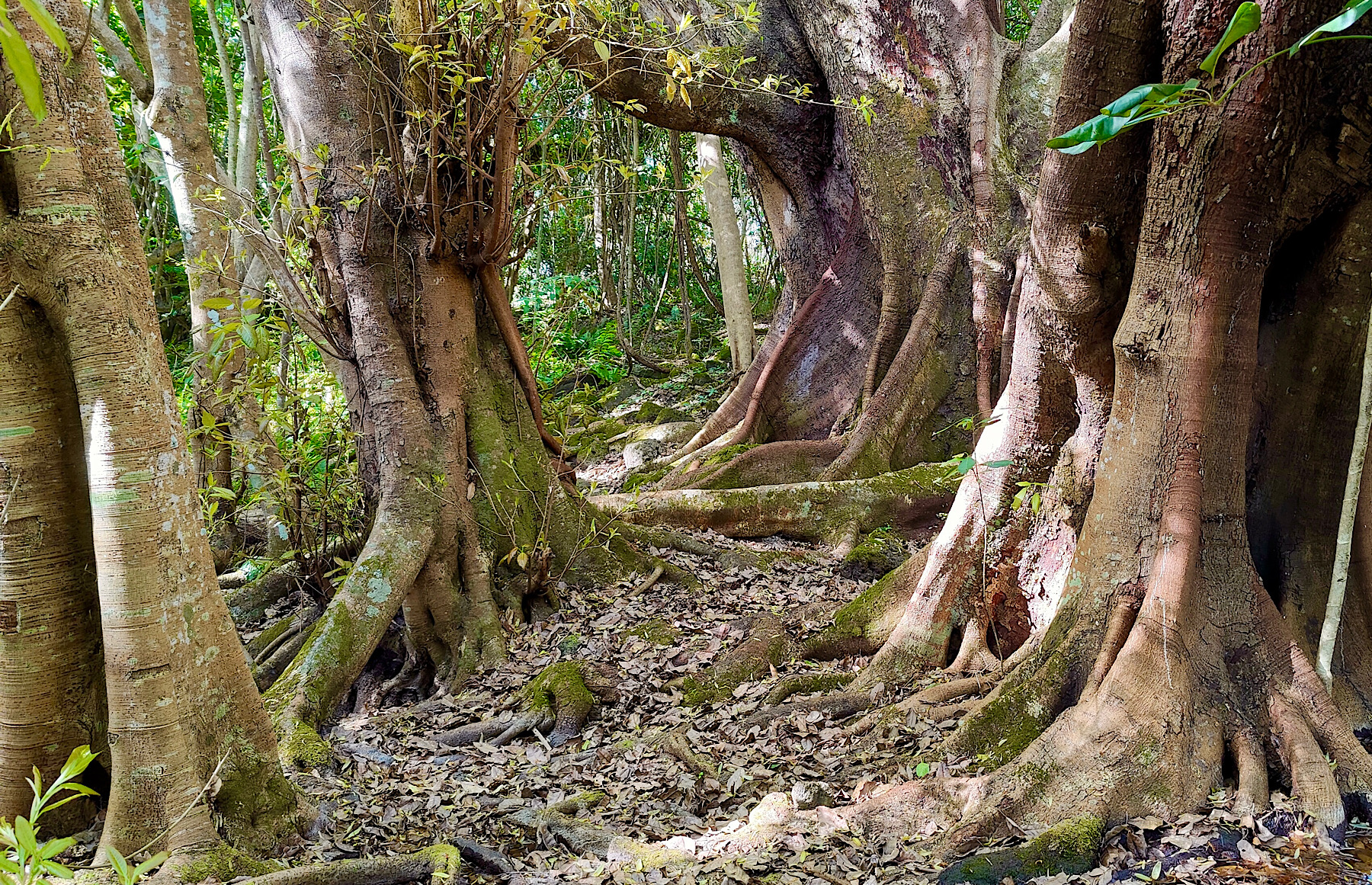 You are greeted to a very dense bush area with trees with amazing interesting roots, rocks with moss and a clear running spring. As you follow this down steam we came across an old weir which we believed supplied the water for the hospital. 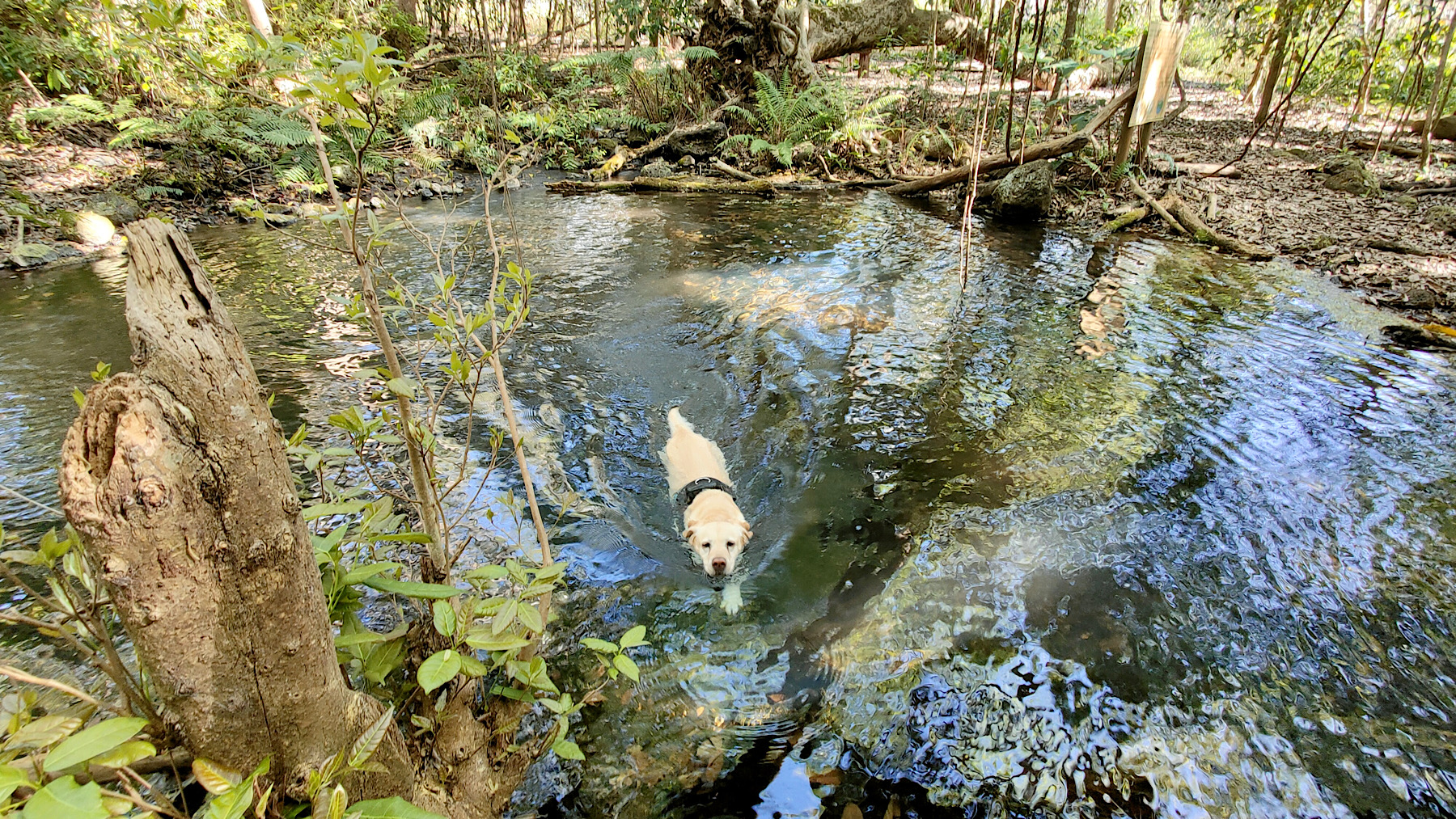 It was loads of fun exploring the area, Jess got to have a swim.

As mentioned above, this area was the site of Australia’s Biggest Hospital. In 1942 the 19th Field Ambulance installed essential facilities. A week later the 5th Australian Camp Hospital established a small hospital. On the 20th of October the first 20 patients arrived, 3 weeks after the installation of essential services.

In Jan 1943 the 2/2nd Army General Hospital took operation control and the small hospital was transformed into a 1200 bed general hospital.

Rocky Creek was the site of two 1200 bed hospitals, a Convalescent Depot, dental services, a malaria research laboratory, kitchen’s, workshops, it’s own railway station, general transport, laundry and an entertainment Igloo employing 2000 staff. It was home to around 3000 personnel. As many as 60,000 patients were treated between 1942 and 1945.

To give you an idea of how big this hospital was: The Royal Brisbane and Women’s Hospital employs around 6,000 staff and has about 1000 beds. The Prince Alexandra Hospital in Brisbane has 780 beds. Cairns Hospital has 531 beds, while the Atherton and Mareeba Hospitals provide just over 100 beds.

In 1947 it was bought by Frank and Ellen Frazer and converted into a home. In 1995 Mrs Frazer donated the building to the local council. In 2012 the rotary club started a long term restoration project to restore the Igloo for use as a community building.

In 1995 the long abandoned site was dedicated as a War Memorial Park and in 2000 listed as a Queensland Heritage Place.

You can walk amongst the numerous plaques that have been dedicated to Military Units with connections to the Atherton Tablelands. We counted 132 stones with plaques.

We would not have know about the place, learnt the history of the hospital and then been able to share it on our site if there had not been a camping area for us to stay. We would have driven past oblivious to the fascinating history and contribution to the 2nd World War.