15/6/14 – So glad we had the heater on, it was rather a chilly night but we were nice and toasty in the camper.

We fueled up and had morning tea at Winton before heading down the Min Min byway aka the Kennedy Developmental Road to Boulia.

The road to Boulia is a lot more interesting than we expected. The road is mostly single lane, flat and treeless. Other areas have colourful jumpups that reminded us of the Painted Desert. There was more traffic on this road than we expected too, travelers like ourselves. We have seen heaps of Brogals, Wedge-tailed Eagles and Emus.

Middleton was in the middle of nowhere. It was one of the nine changing stations on the Cobb & Co route between Winton and Boulia. An old Cobb & Co wagon sits proudly out the front of the Middleton Hotel. 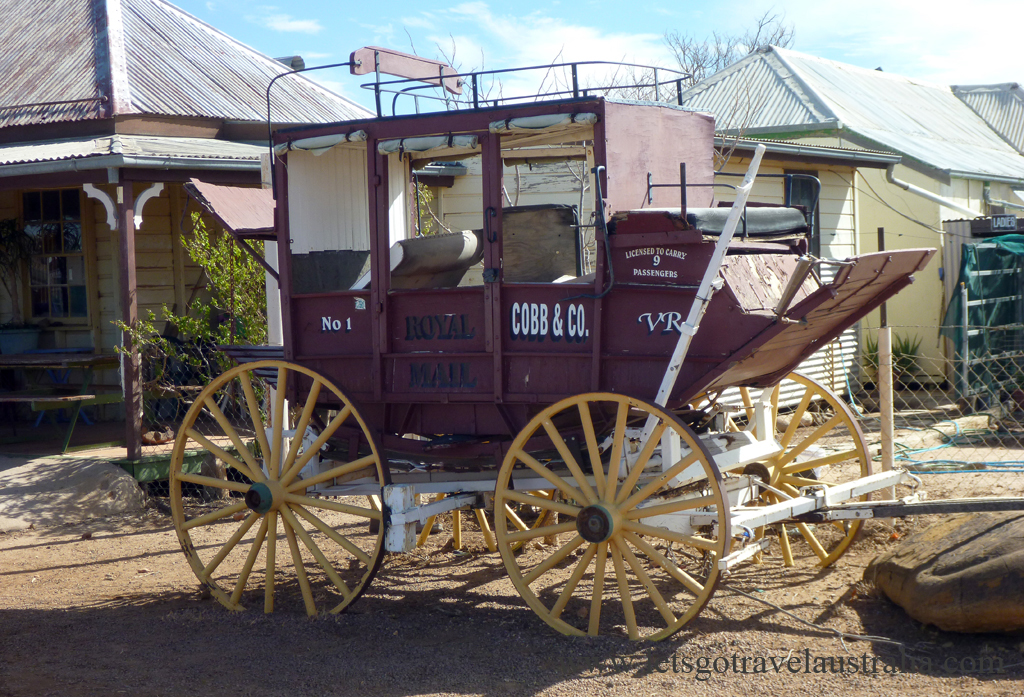 Across the road from the hotel is Hilton Hotel, where there is no aircon, no TV, no pool and no charge. Someone has a great sense of humour.

Anyone traveling this road must stop at Cawnpore Lookout, 360 degree view of ochre red jumpups, amazing. 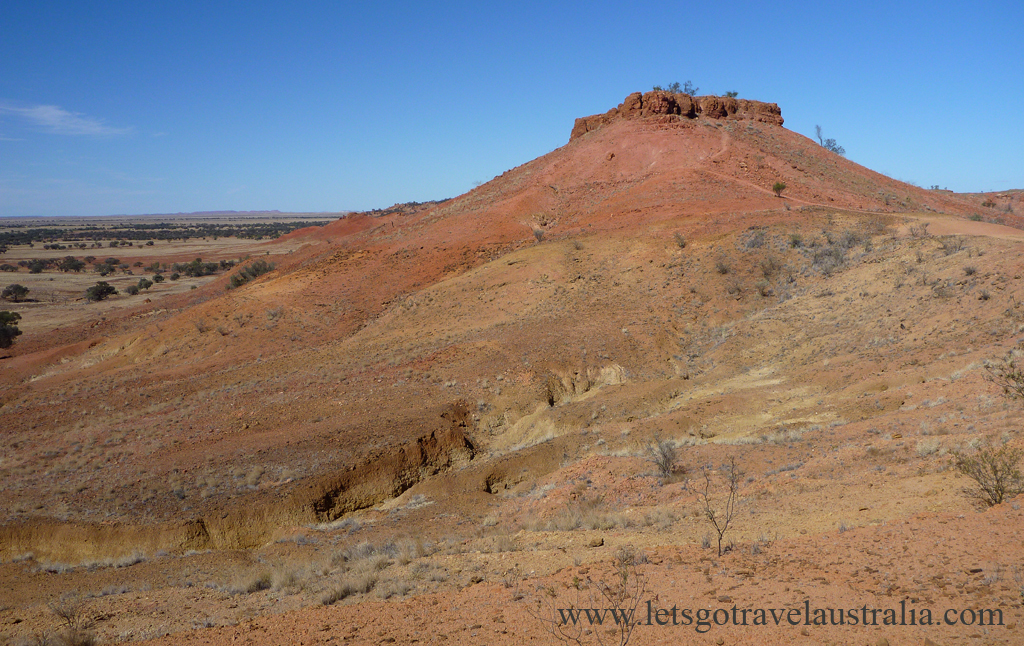 The road from the lookout to Bouila is flat, dry and mostly treeless. Through Min Min country.

We topped off the fuel before heading down the Donohue Hwy diesel was 179.9. We found out at the servo that the Plenty Hwy has been closed for a few days due the road having 20mm of rain. Apparently 3 trucks are bogged out there. We tried the police station but it was closed, so called into the info centre who rang the person who controls the opening and closing of roads in the shire. Lucky for us the road was open to 4wd only. That’s the thing on these roads a small amount of rain can close a road so it’s always worth checking before heading down one.

It was actually the Donohue that was closed not the Plenty.

It’s bitumen for approx 35kms out of Boulia, then dirt road which was rutted and churned up in places where vehicles had travelled along the road in the wet. It was muddy and soft in a few places, otherwise it was a good road. There are several other areas of bitumen. 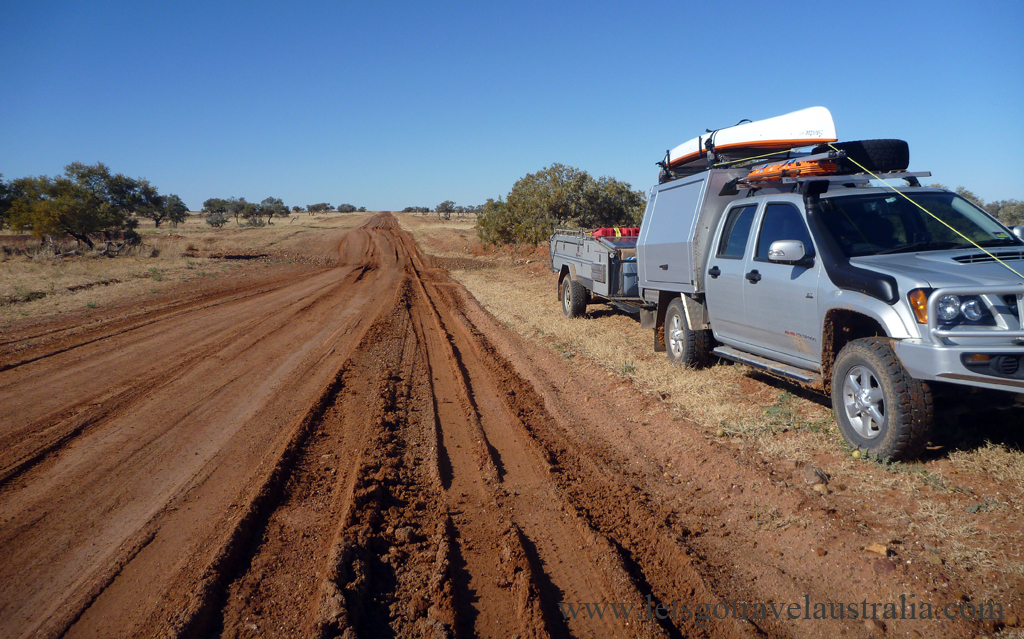 We stopped for the night at Herbert Yards approx 83kms from Boulia, with another camper.