Skip to content
23/7/14 – 24//7/14 – We liked Darwin and can see ourselves coming back here. Pretty laid back, friendly people and not overly crowded. We had several walks on the Darwin Waterfront. Had fish and chips one night at Stokes Hill Wharf just at one of the arcade shops, was only so so. The next night we ate at Crustaceans and they were much nicer, friendly efficient and great food. 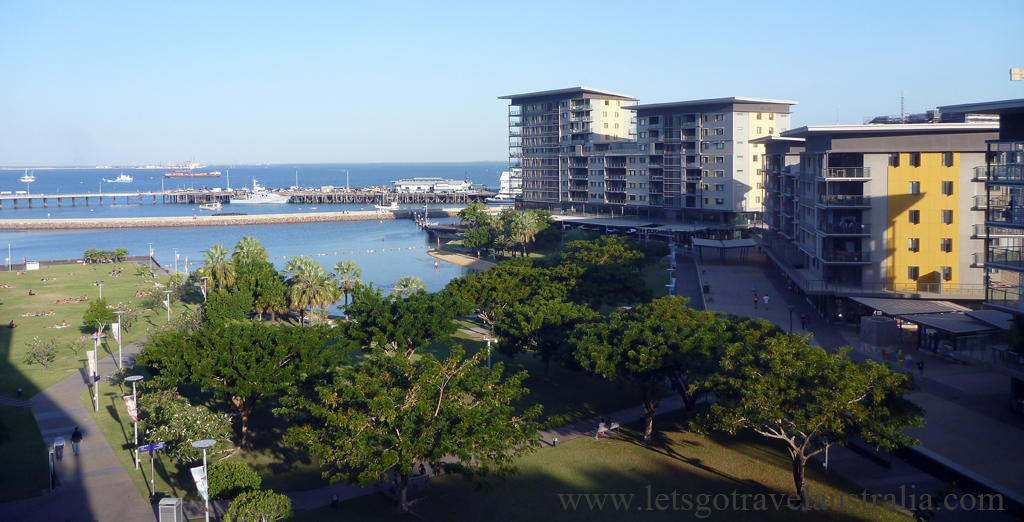 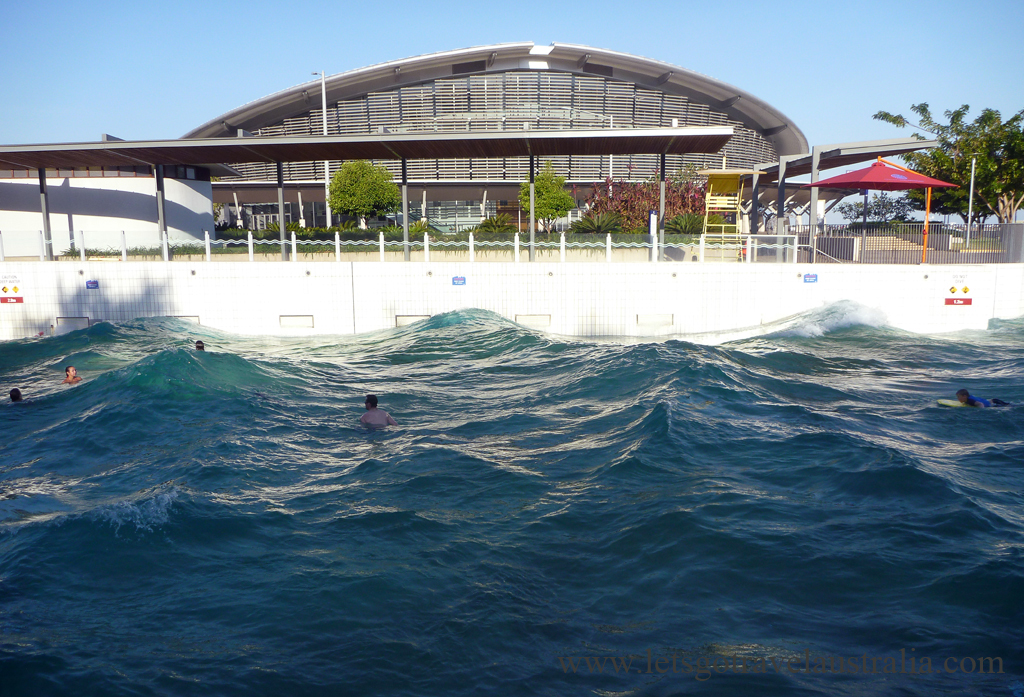 We walked through the WW2 Oil Storage Tunnels. Was very interesting, amazing feet of engineering at the time. One tunnel was 171m long 4.5m wide and 5m high and could hold 384 Ml. They were built during WW2 to store oil from safety from the Japanese bombing of Darwin, but were never actually used. 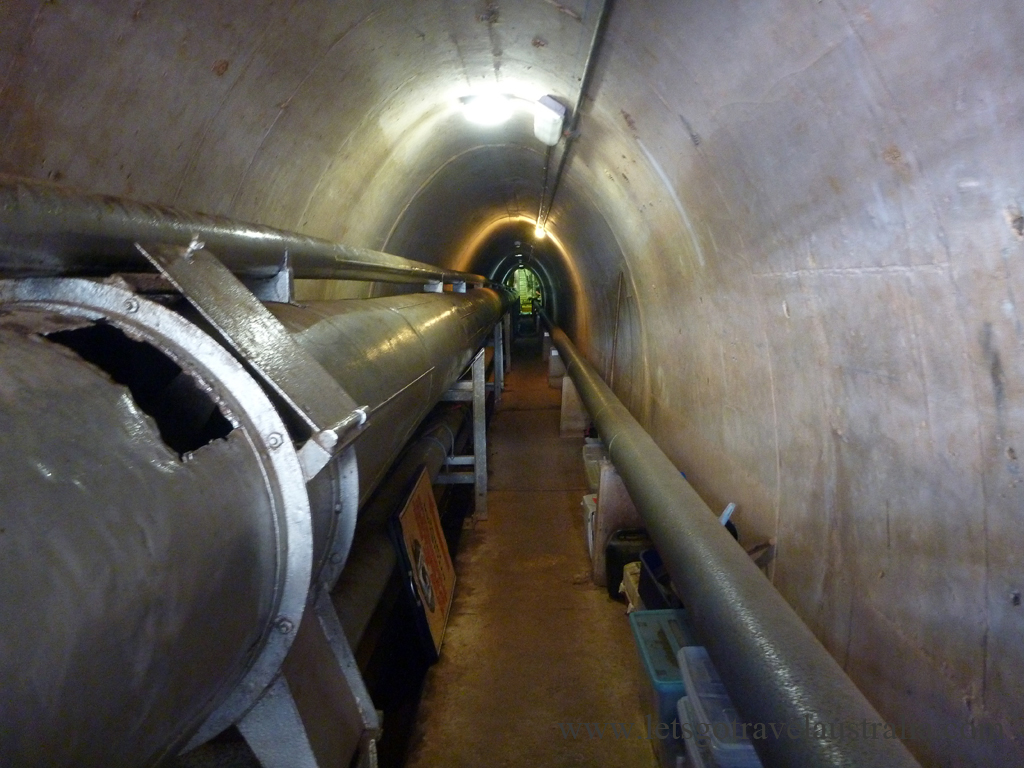 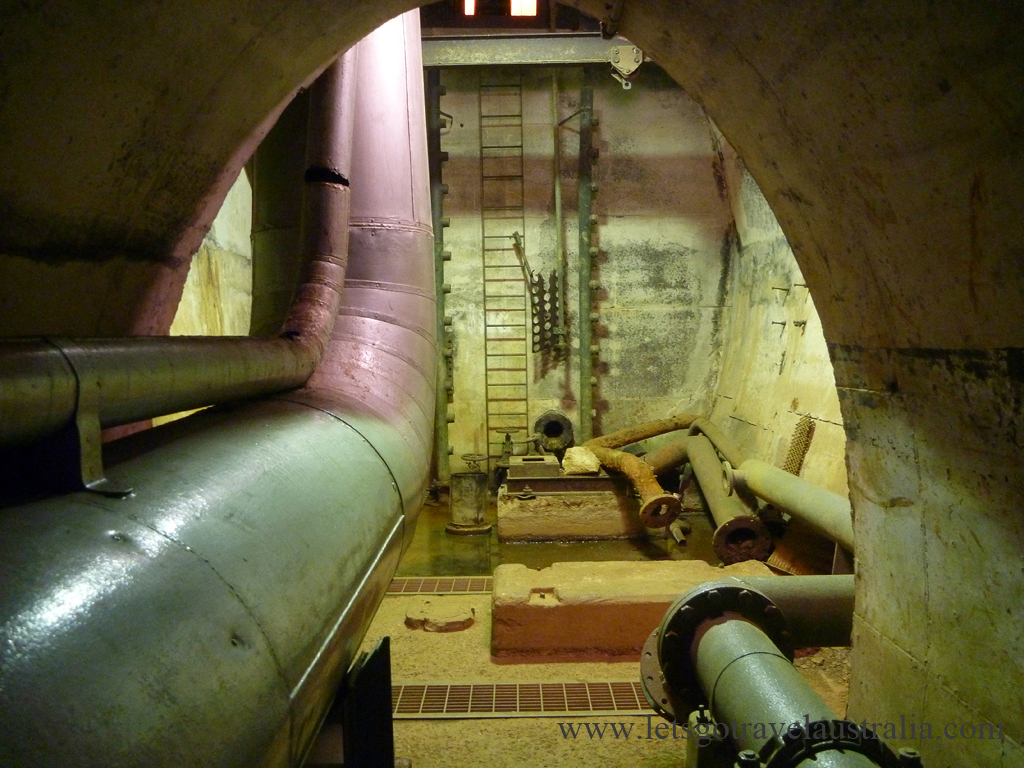 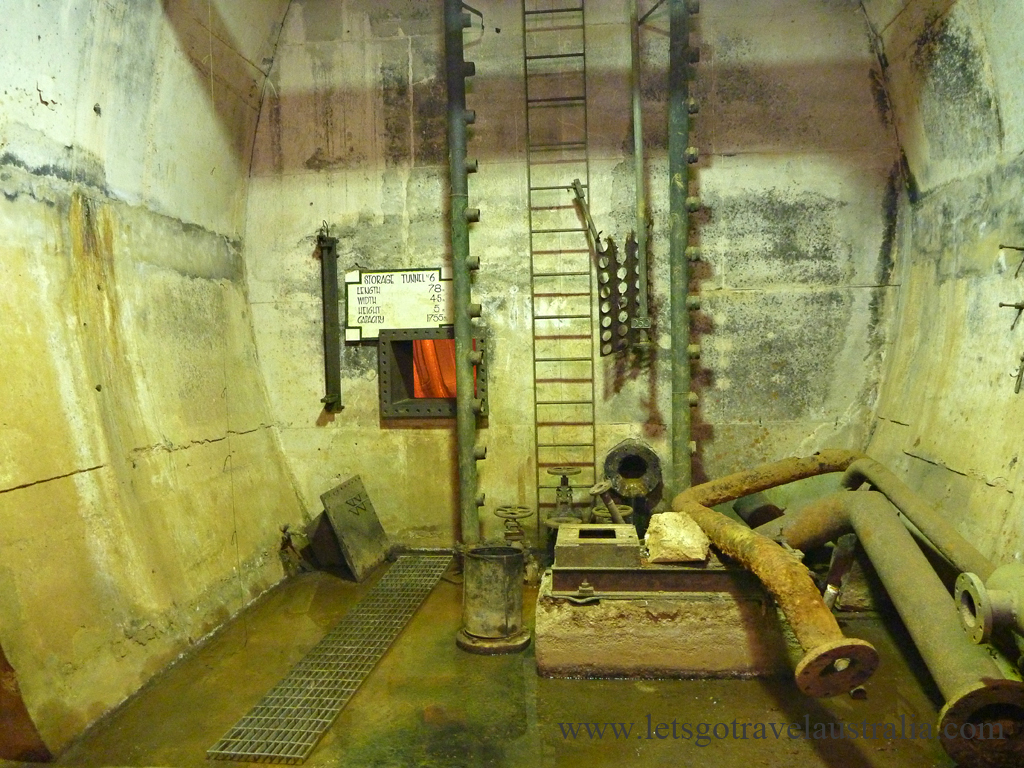 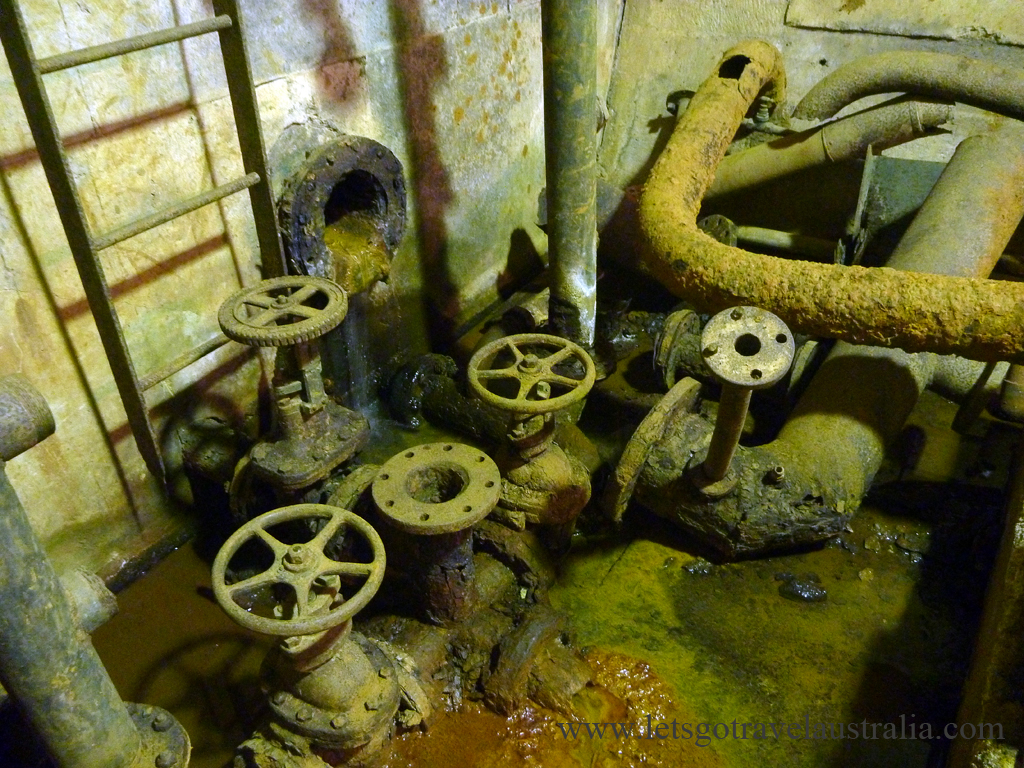 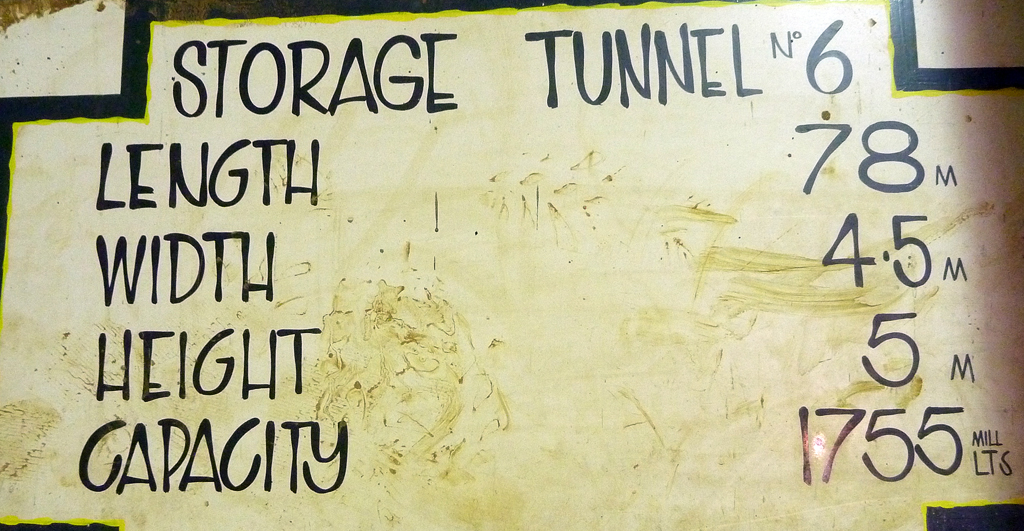 There are several information boards in the tunnel and scattered around Darwin about WW2. There is also a fairly new museum which we didn’t see this time. 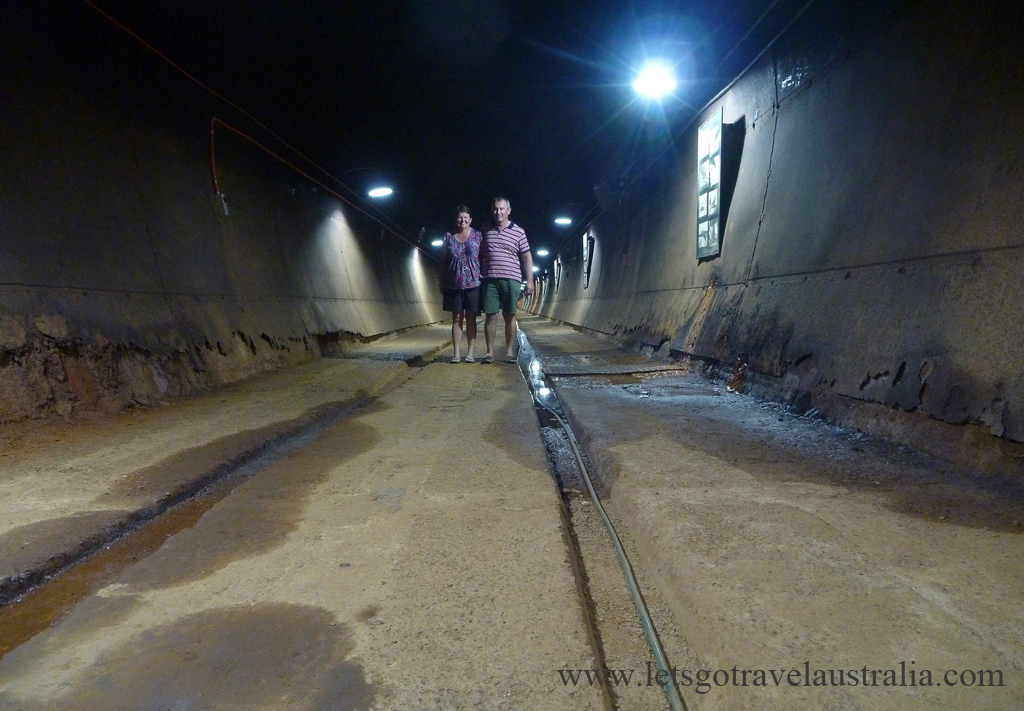 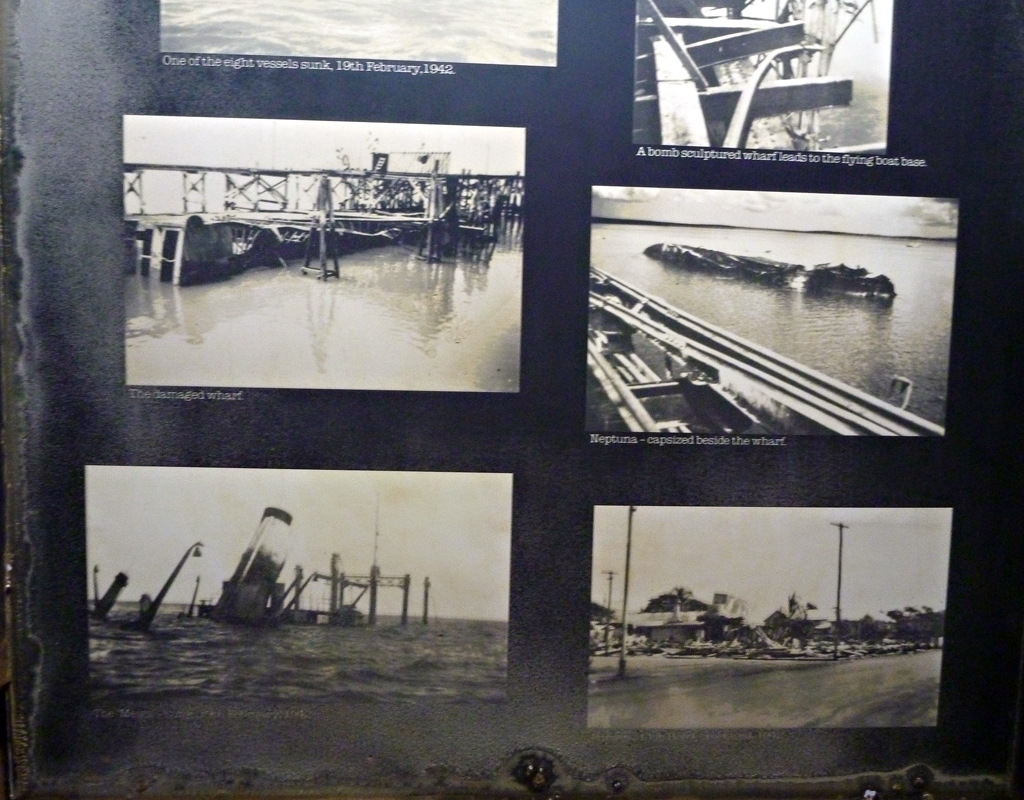 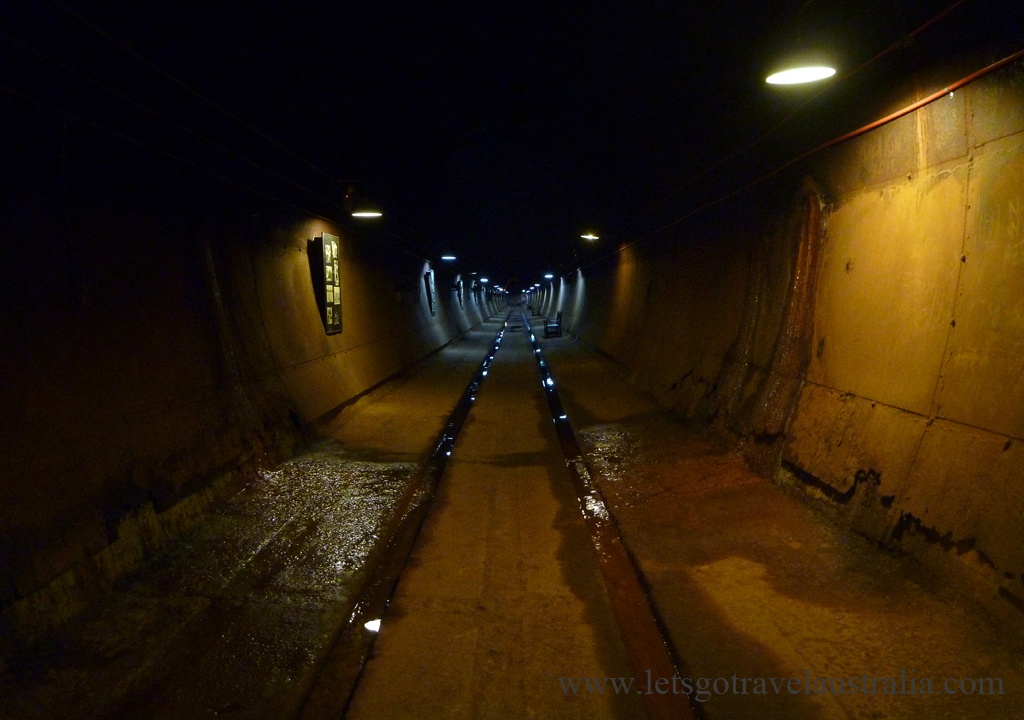 On Thursday night we went to the Mindil Beach Sunset Markets. We were there early so got a great close parking spot. The stall holders were still setting up. We had arvo tea, then did a walk around. People were really starting to pour in. The atmosphere of the place kept building all night, it was great. There were several different entertainers, one was a guy who did tricks with different things on fire, he was really great. There was a 2 man band where one played these drums things another on didgeridoos, playing I guess Aboriginal music. A group of young local girls got up and started entertaining the crowd. Only I think they have been watching Miley Cyrus too much, as there was a lot of twerking going on, least they were having fun. 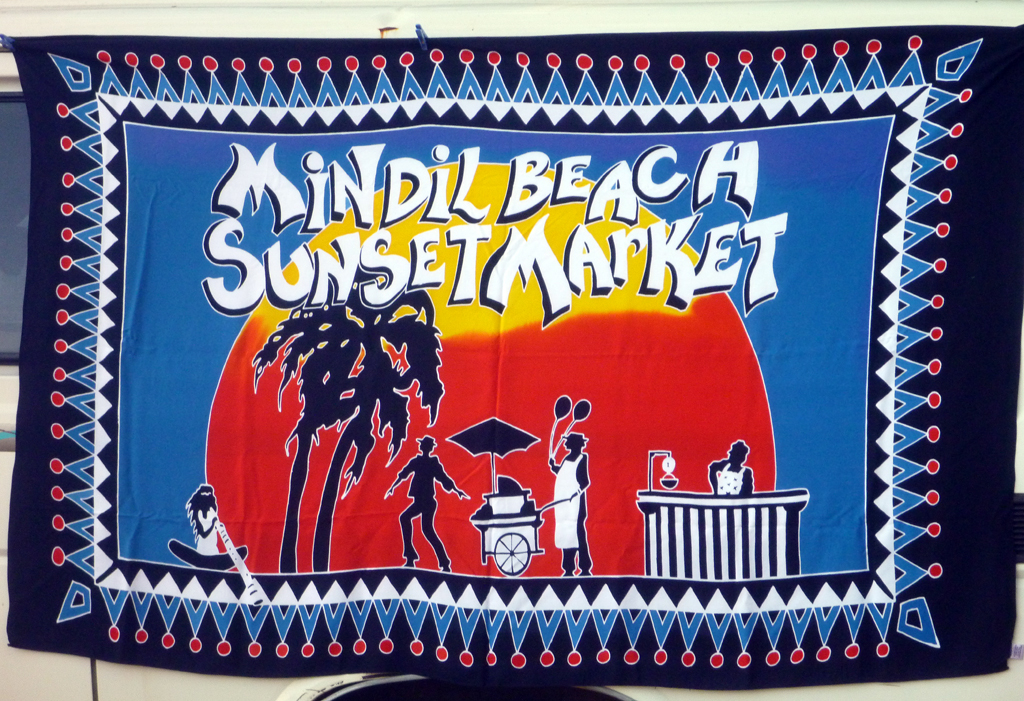 There are 200 stalls, 60 of them food stalls and there was some yummy looking food from all sorts of nationalities at reasonable prices. Even some healthy choices. We did take our own tea but it was tempting to buy something. We did buy some fruit salad for desert and some raw cheesecake for the next day. The market stalls sold some great things as well. We managed to part with a few dollars. 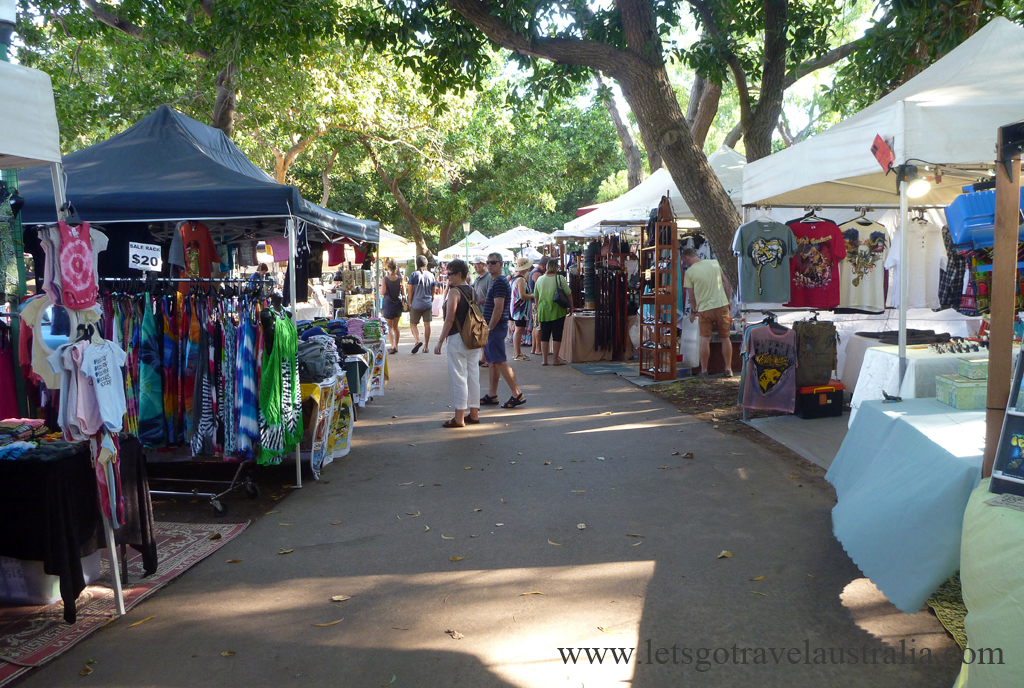 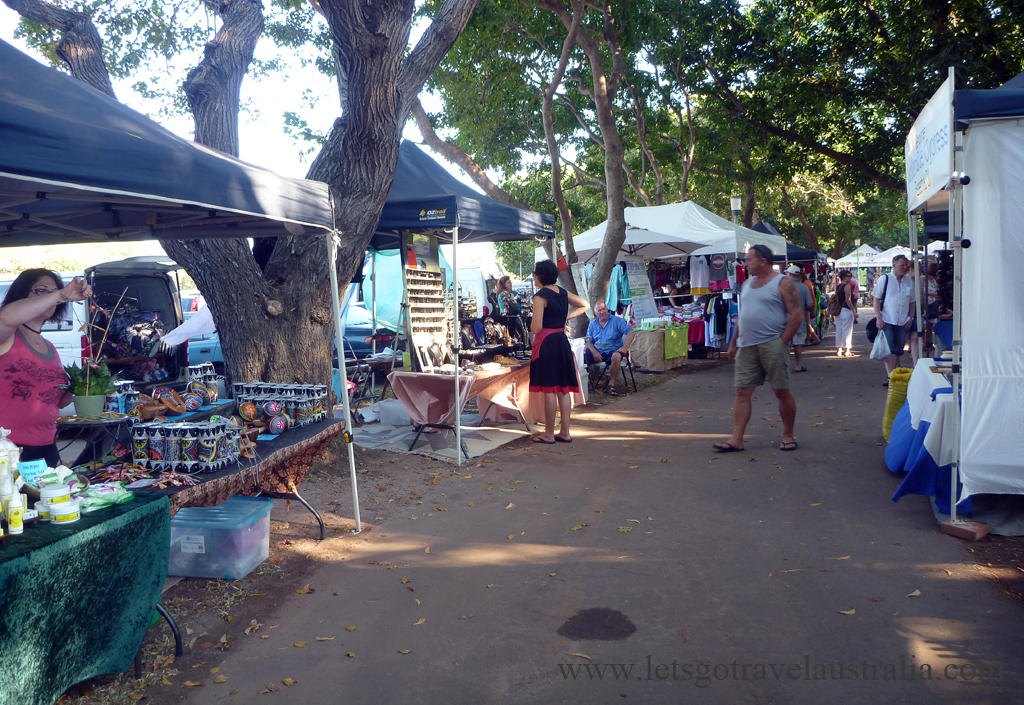 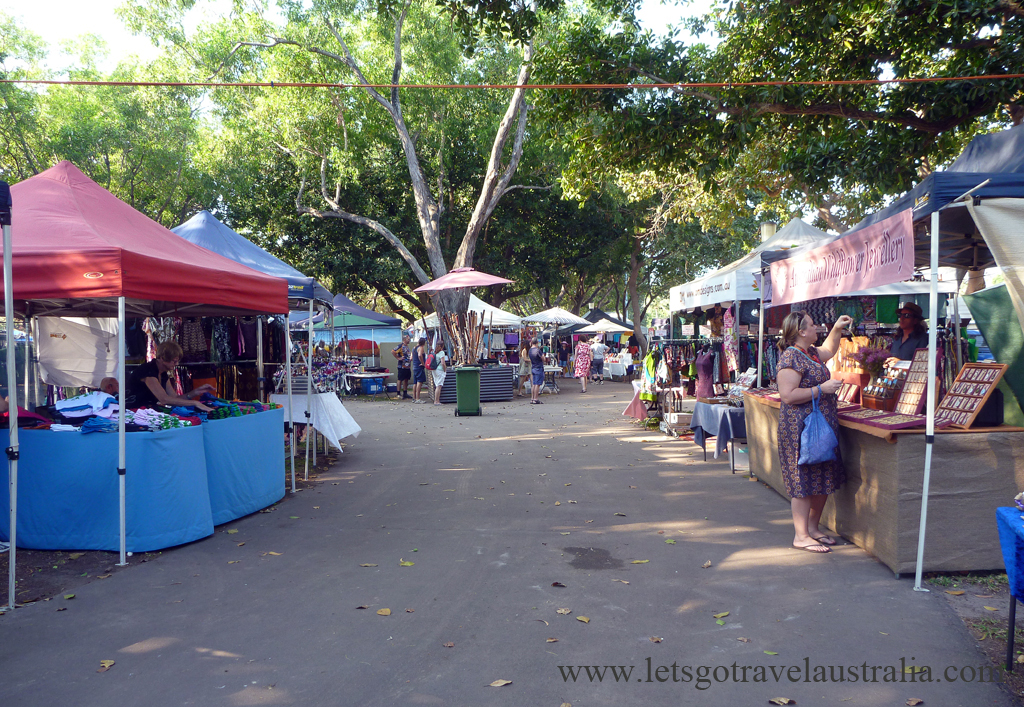 We kept seeing people carrying tables and chairs down to the beach area to have tea and watch the sunset. We didn’t bother but just before sunset we did pop down to the beach and was astounded at how many people were there, it was packed. We watched the sunset, some people clapped it and then we realized this massive number of people were going to be getting off the beach at once so we got out of there real quick.All in all we had a great time and would highly recommend it.The Oasis Caravan park we were told was the only place that allowed dogs in Darwin, so yep lots of people with dogs. Sites were too close, which is not good when you have chain smokers next too you. Trees above the sites dropped lots of yuck onto vans etc. our tropical roof has never had so much yuck on it, that will required coming off and getting a good wash when we get home. Very friendly managers but we wouldn’t stay there again.