We have stayed or passed Cooyar more times than we can remember over the years but we never knew about the Muntapa Railway Tunnel that is only 16km  from Cooyar. This is what it is about having more time to poke around places and see what is there.

We find these sort of history events very fascinating and are in awe of the work and engineering of such tasks. And the hard conditions families and workers lived and endured.

The Muntapa Tunnel was and still is the longest single bore railway tunnel in Australia. It is 287 meters long, 4.5m wide and a bit over 5m high. It is also unique in that is goes through the Great Dividing Range from the western Murray-Darling river catchment, to the eastern Brisbane Valley catchment area. No other tunnel in Australia connects two different watersheds.

In 1911 with pick and shovel over 100 migrant navvies started the task of building the tunnel. Many lived here with their families on site for over 13 months.

There was a school, bakery, and even a Muntapa cricket team. The Oakey to Cooyar railway line opened in 3 stages from the 29th of April 1912 to the 28th of April 1913. By December 1969 the whole line was closed.

England’s first major transport system used barges in water-filled canals. The men who dug their way across England were jokingly called Navigators shortened to Navvies. The navvies migrated here from England with the promise of work for 10 hrs a day at 9 pence and hour. Other European migrants also joined in. Crushed fingers and broken bones being the main medical problems.

The Muntapa Railway Tunnel park is 3km down a good gravel road, off the Oakey-Cooyar Rd. At the park there are table and chairs, bins, toilet, sign boards with lots of information on the building of the tunnel. Relics of how life was. It’s a short walk down a steep hill to the western side of the tunnel. It was pretty muddy so we were thankful we had decided to put out boots on. 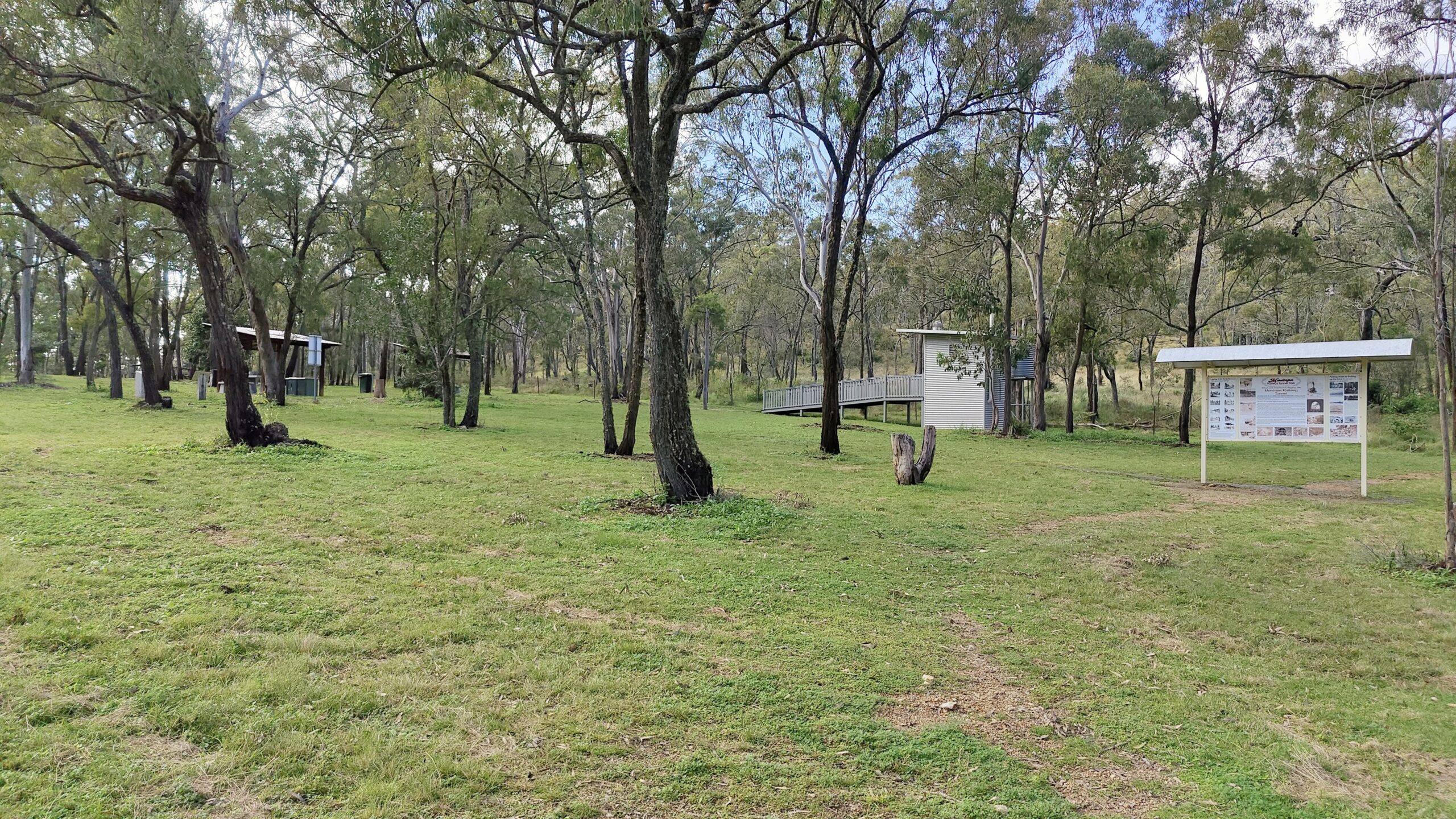 We also grabbed Jess’s shoes/boots just in case and it also proved to be a wise decision. She hasn’t worn them much and walks rather odd at first but soon walked more normal in about a min. 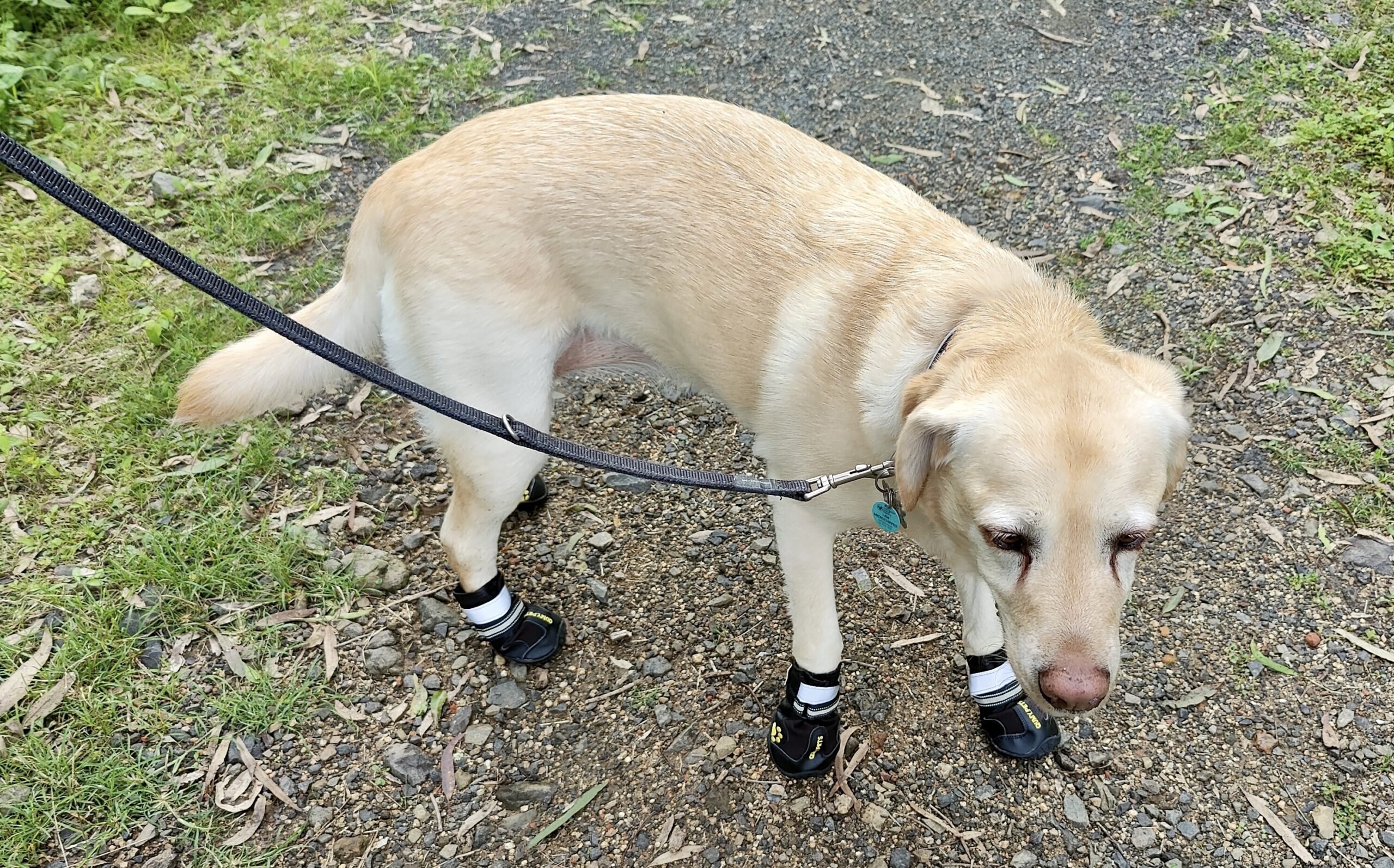 You can only walk approx 30m inside the tunnel before you are stopped by a fence going across to protect the bat colony in the tunnel. Looking through the fence you could see a lot of bats flying around in about the middle of the tunnel.

You can also walk down some steps to the eastern side of the tunnel. The area in front of the tunnel was even more wet and muddy. You could only walk a very short distance into this side before getting to the fence. And wow a very strong odour from the bats. Not really my favourite animal.

Back up the top there are some interpretive plaques on associated relics.

The Muntapa Railway Camp where 100 or more surveyors, railway navvies and other workers some with wives and children camped in tents for over 13 months.

With the food needs of all the workers on the tunnel there could have been a substantial bakehouse onsite. They could have also brought in food from established businesses further a field.

Mrs Edsel who live at Nutgrove would bake 44 loaves a day in her home and bring them to the workers at the tunnel.

The Muntapa Camp School here in 1911 had canvas drapes covering the top half of the walls, pegged up in the middle to allow a breeze to blow through.

It was really interesting and well worth taking the short detour to do. Highly recommend covered shoes to do the tunnel walk.