The word had obviously spread that coming the way we did was the better road to Mt Dare as there was a bit of traffic on it going both ways. The road was pretty good, apart from the last 10km to Mt Dare.

We filled up both tanks at Mt Dare, the guy had a grin on his face when we were filling up. Diesel was $2.17L we filled up with 113L, so $245 we travelled 871 km from Birdsville. Chris was thrilled at the fuel mileage we got.

Chatting to the bloke at Mt Dare he said the way we came was the best way to go back. Over the Finke Race weekend they had ran out of fuel for several days. He said even Alice Springs ran out of fuel. One night they made over 200 meals for dinner. He also said the grader was on it’s way to grade from Dalhousie to Purnie Bore but don’t know if it would be done by tomorrow when we are going back on it.

He also said the French Line was pretty torn up, rough and slow going and said we would be fed up of it by Birdsville and suggested another route. Have to say that we are advocates to not taking trailers across. Most people may do the right thing and lower tyre pressures but it only takes a few who don’t that ruin the track for other travellers.

After a bit of a look around inside we jumped back in the Ute for the next part of today’s journey. 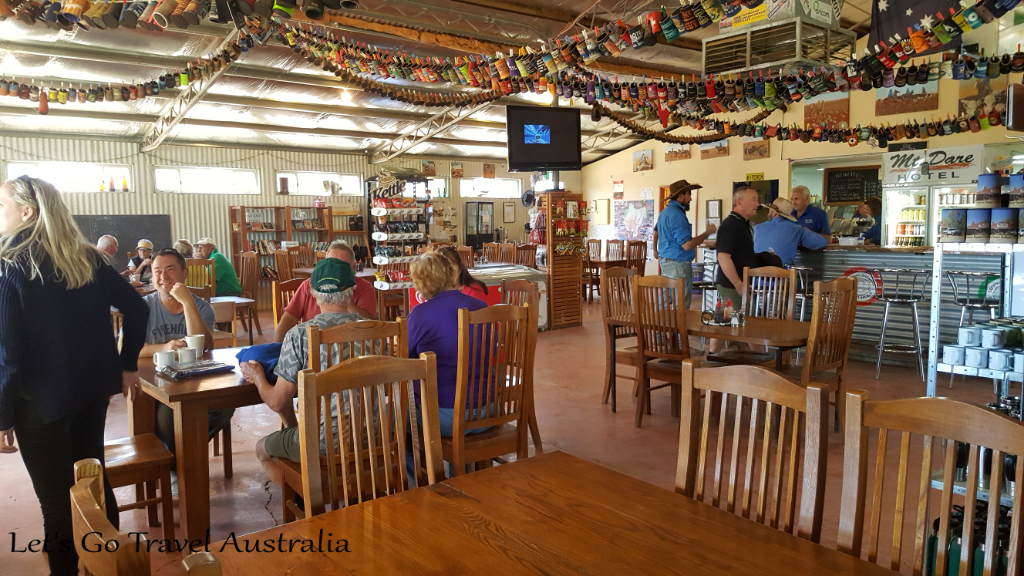