We stopped for the night about half way between Blackall and Jericho, just a bit of a roadstop pull over with a few areas off the side to get further away. 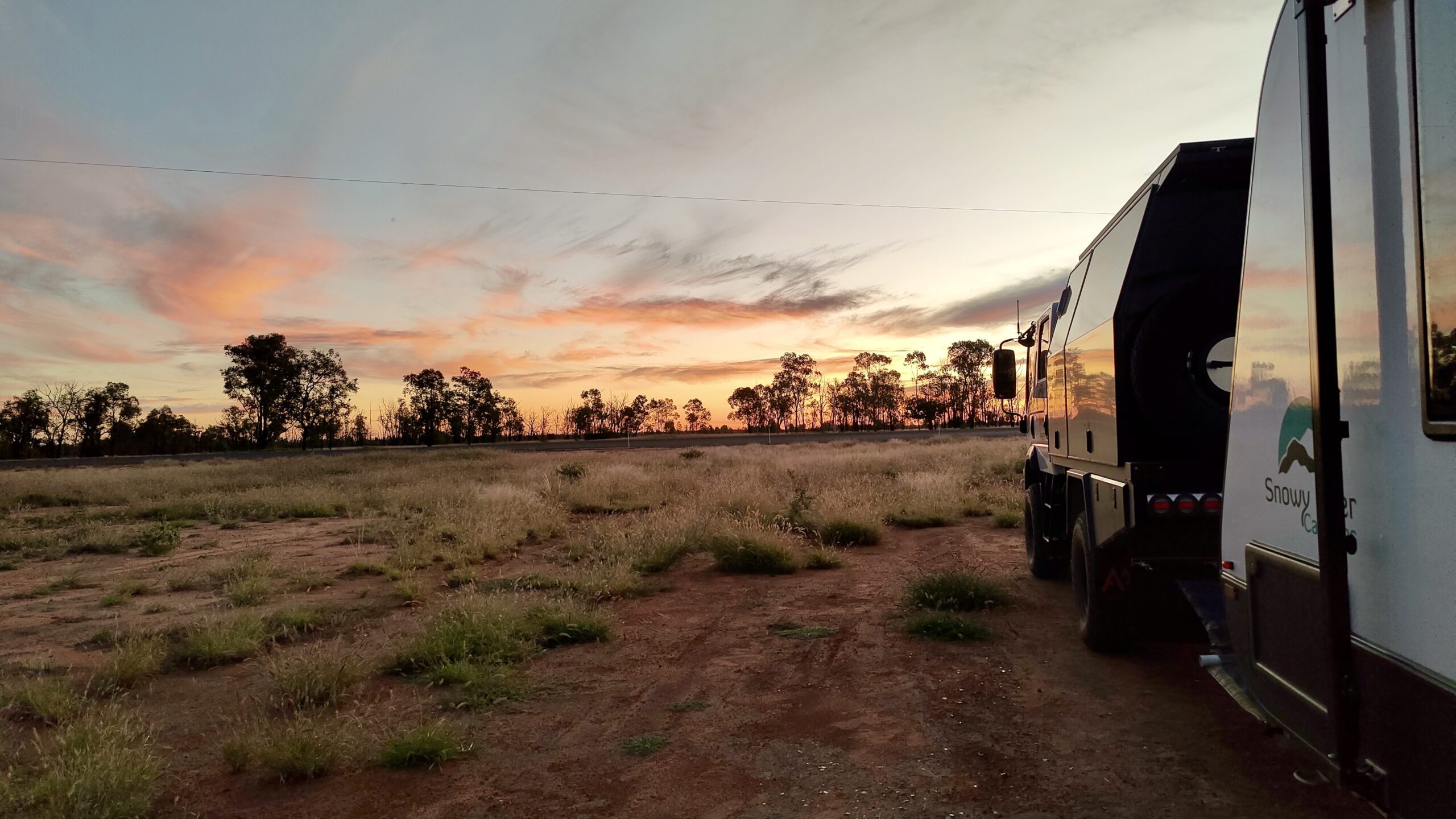 Bit of a quick trip through Jericho and Alpha. Filling up one of the fuel tanks at Alpha, ouch.

We stopped for the night at an interesting old railway station with a bit of history at a place called Bogantungan. Very small rest area with only room for a couple of vans.

The area has a bit of a tragic history. Bogantungan was declared a town in 1881 and was initially a terminus for the railway while it built a line across the nearby Drummond Range. The line between Emerald and Bogantungan was opened in 1880. Bogantungan had 28 hotels, several churches, business’s and a sporting clubs.

In 1941 the railway complex consisted of the station building, tea rooms, goods shed, water tank, trucking yards and other buildings.

On the 26th February 1960 disaster struck. Rain had been falling heavily around Alpha and Bogantungan causing rivers and creeks to flood. For the passengers of the Midlander train travelling to Rockhampton this would have tragic consequences and lead to one of the worst rail disasters in Queensland’s history.

The train approached the bridge over Medway Creek at around 2.30am. Unknown to the engine driver the floodwaters had dislodged a large gumtree and sent in crashing against the pylons of the bridge weakening the structure.

The lead engine crossed the bridge only to derail on the other side, while the second engine, power van and 3 passenger sleeping cars plunged over 7 meters into the creek below as the bridge collapsed beneath them. Four passengers, three railway workers were killed and 43 people were injured.

There are several sign boards with information on the history of the station and the rail disaster. There is also a small museum in one of the station buildings but unfortunately was not open while we were there. 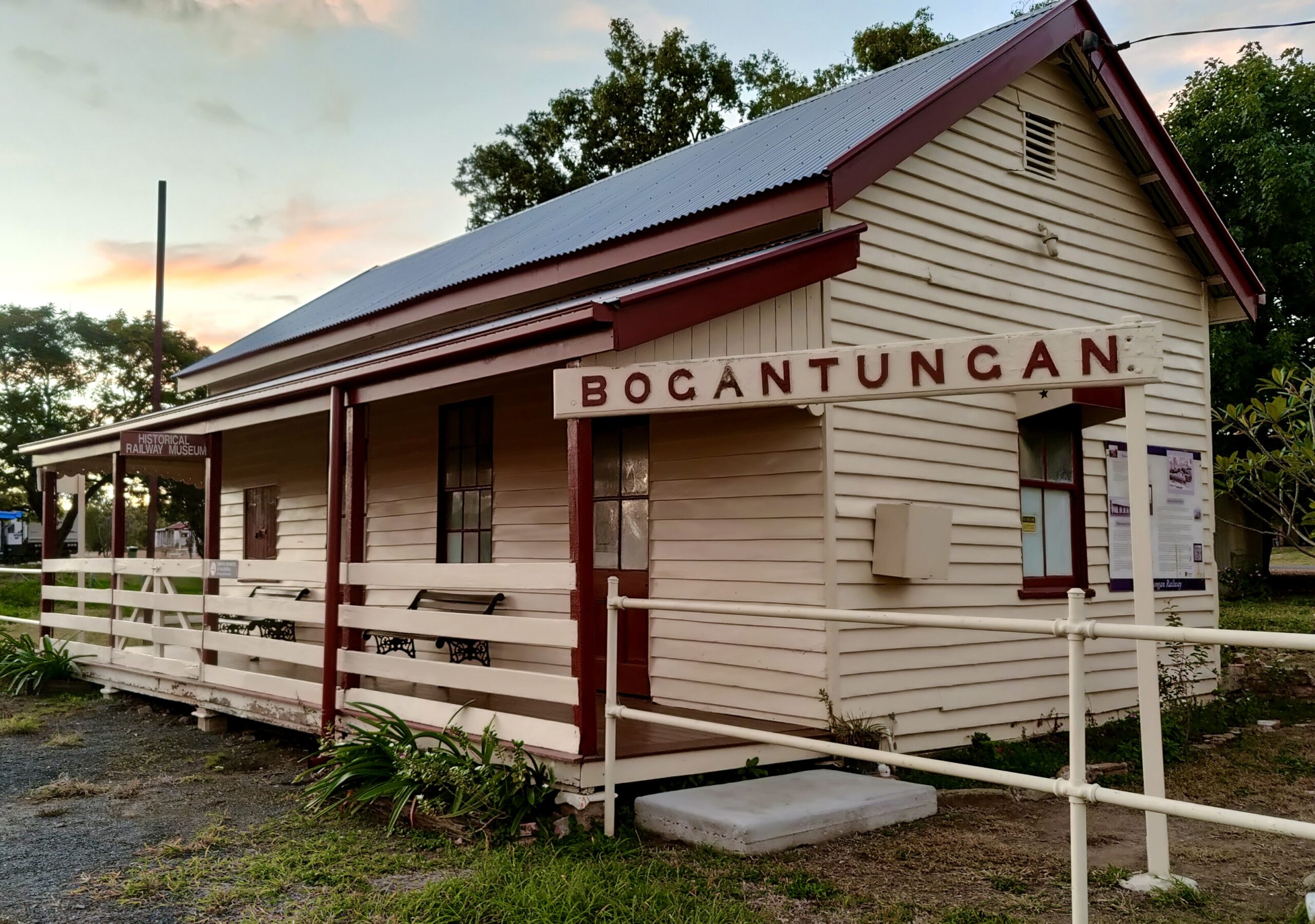