12/7/14 – Well we had planned to pack up and head up to Cape Leveque for most of the day and then head back down towards Broome stopping at one of the free camps. But it was very overcast this morning and we even had a small shower just enough to dampen the dust down. What we didn’t know was this was the start of a wet day. The Cape Leveque road from Broome was closed a day or so ago due to fires. Tom Price camp ground near Broome was evacuated and closed. So between the fires and rain we decided it was best to go and head south towards Broome.

We called into Beagle Bay to have a look at the Sacred Heart Church. It was built entirely by hand from 1914 – 1917 by the Pallotine monks and local Aboriginals with raw materials from the area, including the beautiful altar decorated with mother-of-pearl shell. The whole church is decorated with shells and mother-of-pearl. It’s in the window frames and inlaid in the floors, mother-of-pearl everywhere. A donation is requested. 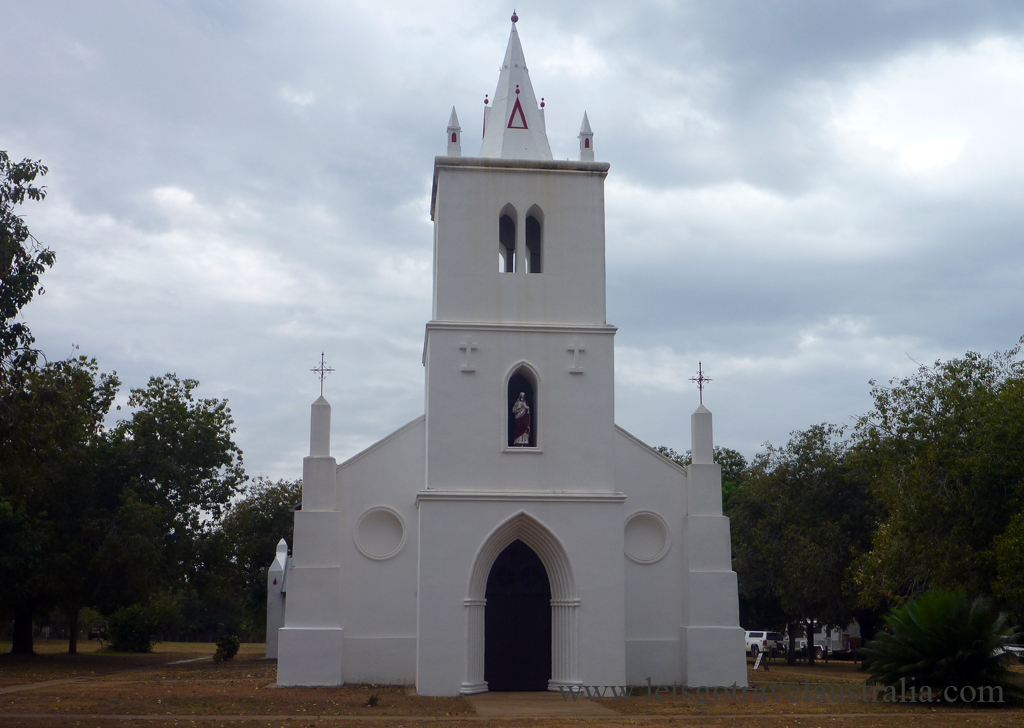 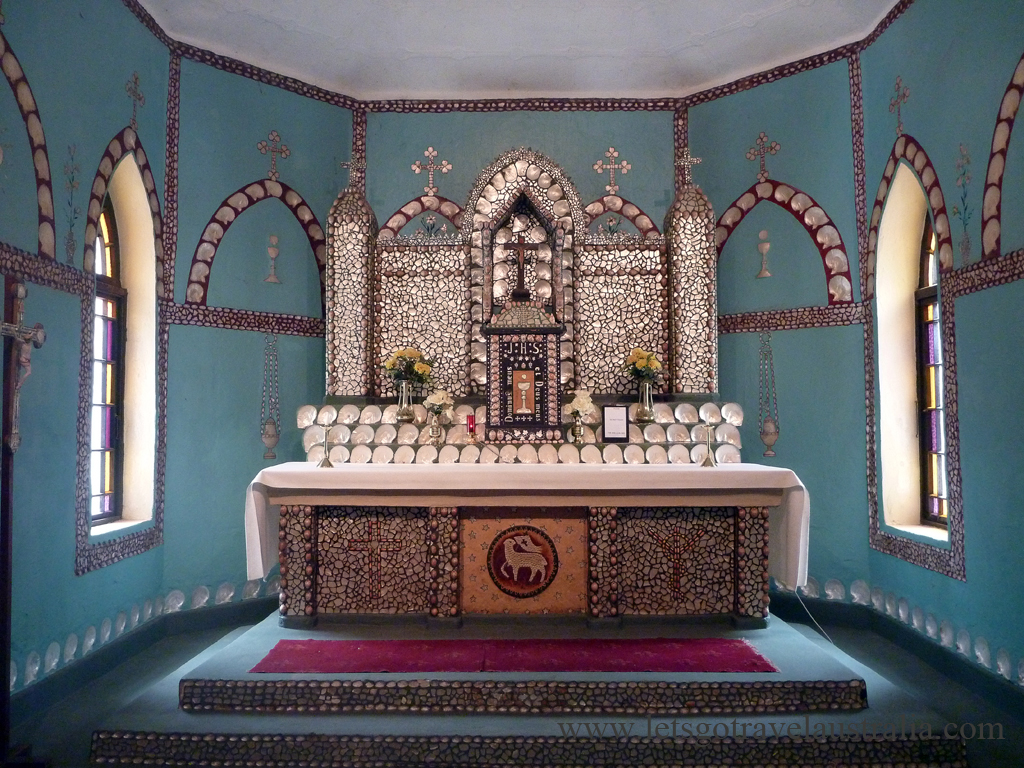 We had heard so many times the Cape Leveque Road to Broome was pretty rough and corrugated. It is indeed corrugated, a wide red sandy road. Made even worst in the rain, which at this point seems to be only towards the Cape, we did have lots of red water being thrown over the ute and trailer. We also passed a burnt out car that was still on fire. 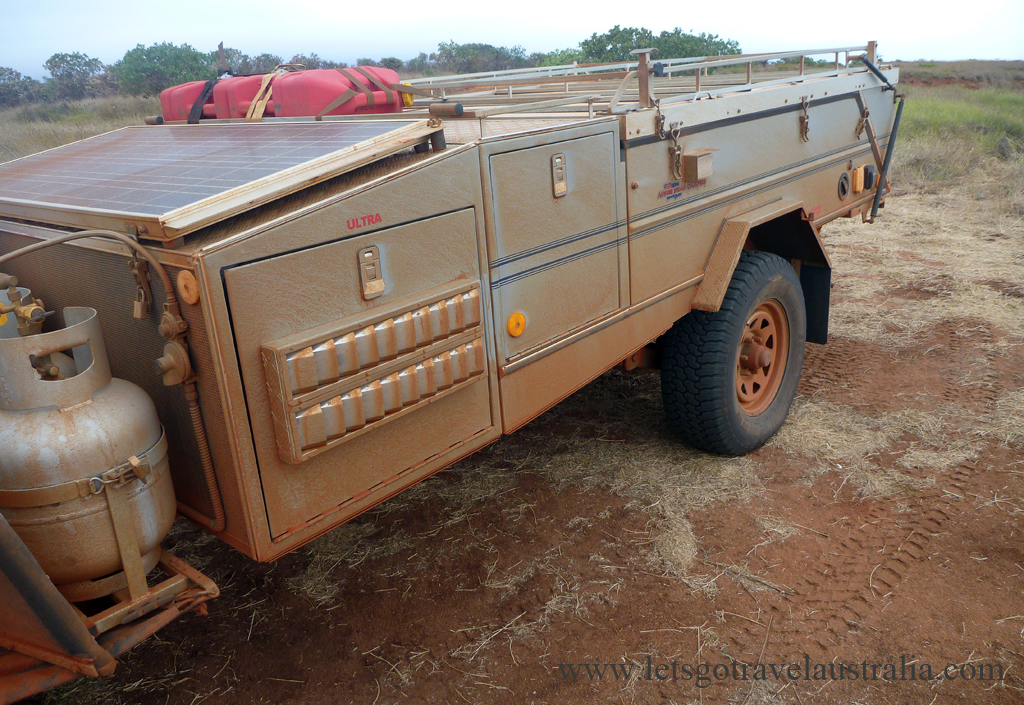 We called into Quandong Point with the idea of camping there. As lovely as it would be on a nice sunny day it was like we stepped out of the car into Antarctica, It was freezing. A lot of the area had been burnt out and still smelt of smoke. Apparently some areas were still burning. So we had lunch and moved on.

We called into Broome and washed the Ute and trailer, it is sooooo much cleaner. It was starting to rain in Broome, we heard later the Cape Leveque area got a lot more rain, so we were lucky we left when we did. Drove around a bit and got the lay of the land, bought tea and headed out if town to a gravel pit, mmm Blue Metal Motel for the night.